What is the life expectancy of Glidcop in resistance welding?

What is the life expectancy of Glidcop in resistance welding?

Glidcop is a tradename for a dispersion strengthened copper material classified by the RWMA. The most common form is RWMA Class 20. It is frequently used to resistance weld galvanized steel. There are other uses but this is a common usage and will be assumed the subject matter for this inquiry.

RWMA Class 20 is used in a manner similar to RWMA Class 1 and Class 2. It is most often used at or near expulsion levels of the weld lobe. It’s claims to fame are resistance to heat and anti-sticking. At various intervals during it use it is changed and dressed and reused. The other more common method in automation, the robot moves the electrodes periodically to a dressing station while the next part is loaded. 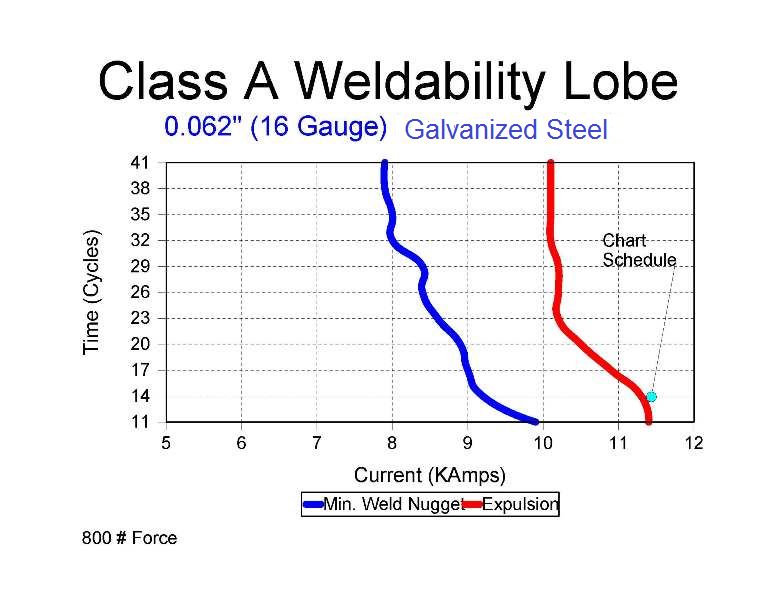 The question asked is: what is the life expectancy of RWMA Class 20? The answer depends upon what is being welded, how close is the weld schedule is to the high end of the weld lobe, how much expulsion is being experienced, how much material is being dress away?

In general, about two thousand welds could be expected. Extreme cases fewer and mild situations more welds. RWMA Class 1 and 2 may not hold up to the extreme cases of expulsion as long as RWMA Class 20.

If sticking and expulsion are not an issue RWMA Class 1 or Class 2 may function just as well.