Why do I have expulsion at the weld interface?

Why do I have expulsion at the weld interface?

Expulsion of molten particles from between the two sheets of metal being welded can be caused by several items. All are related to causing excessive heat between the two work pieces or not containing the weld nugget during welding. 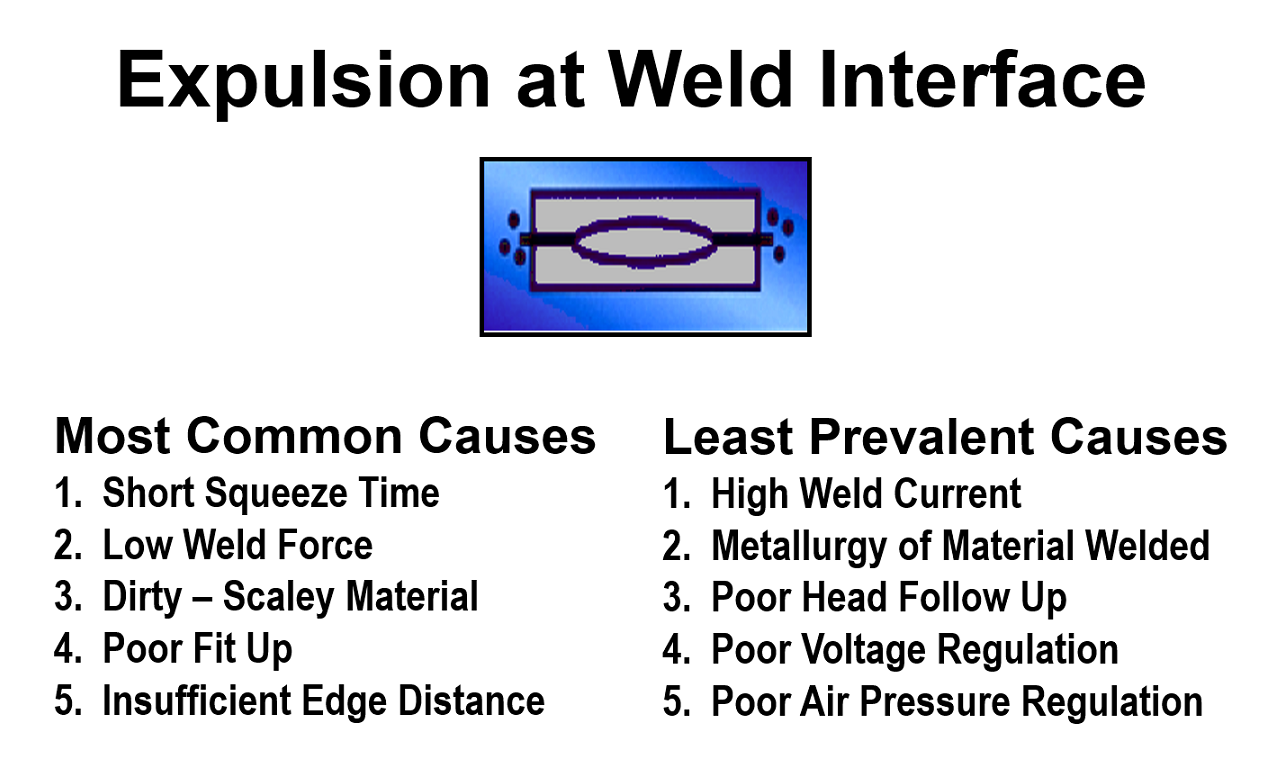 Most common factors that could cause this are:

Low Weld Force – The force being used is inadequate to contain the weld flash.

Insufficient Edge Distance – The weld is too close to or on the edge of the part and the flash escapes.

Dirty/Scaley Material – The dirt prevents proper set down and can be expelled when power is applied.

Poor Part Fit Up – the part does not fit together and much of the weld force is used reforming the part and insufficient force remains to contain the weld.

Other factors which are less frequently the problem but cannot be over looked are:

Metallurgy of the Material being welded

Any of these items can cause the force or current to be applied improperly which could lead to sudden current spikes, arcs and hot spots which will lead to expulsion of metal.